Had been keeping track of the visitors to my web site and was delighted to see I was fast approaching the 100,000 mark for the year.  Have now passed that mark and currently sit at 100,586 visits which while not exactly "global" numbers is a significant milestone.

It is always interesting to see where people are in the world and why they are reaching your site on the world wide web.  Search terms used and global positioning help you determine if perhaps you have a potenial client for your services or, as is very often, another web entity harvesting your e-mail address offereing their particualr services.

I used to wonder why I got so many hits from American visitors until I realised they are at least seven other "Glasgows" in the States.  Anyone typing in "Glasgow Photographer" in America would eventually find my ".com" web address here in the UK.  Initially my web site was the standard "co.uk" address but I quickly learned that it was being bypassed in the Google search results in favour of the higher placed ".com" suffix.  So I now run with both versions active but the ".com" site is always placed higher in the rankings.

It takes a lot of hard work to be highly placed in "Google" and I have done a "lot" to ensure I am up there with the best of them.  It is little suprise to learn than a number of others copy (exactly) your mega tags and descriptions.  Never mind creating you own, just rip off someone else and change the title to suit your own web address or name.  That is part of the joys of the tinternet.  Words and images appear to be "copyright free" and many feel it is OK to rip them off and pass it on as their own work.  This is not the case as such actions are liable.  Have already taken two newspapers, one record company and one "music download" site to task on this misuse and breach of copyright.  The fact that it is on the tinternet does not mean it is free to use - as all Google searches now have to point out to you.  So you cannot say you were not aware of the usage restrictions.

If you cannot use your own words and images or you are unable to produce them through your own efforts - then pay someone to do it for you.  Plagerism is theft and as such can be liabled against you.  Do the decent thing and ask for permission.  You might be surprised at how many helpful people are on here.

Back to the headline.  100,000 site visitors.  No mean feat, in "no mean city"!  I presume that Glasgow would be like London in this regard (sorry have no stats for Glasgow).  London has more "photographers" than taxi drivers.  Glad I have a car then! 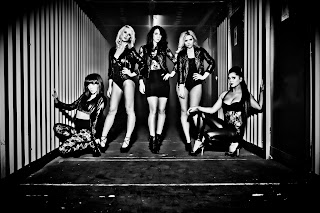 They will be supporting the X Factor losing finalists every Sunday in Campus, Sauchiehall St, Glasgow.

Dont miss them.  See them on Facebook as new images are launched on a daily basis until this Sunday.    Gurlesque   This week supporting "The Risk" & "Johnny Robinson".

Another win for the Clan at Braehead Arena this time against the Belfast Giants who currently top the league.  See the video images here:

You can also hear some post match interviews on the Clan web site with some questions from myself:  Braehead Clan listen up      Web static images can be seen here: http://www.monapics.com/Clan%20v%20Belfast


Once more with Nikola

Proving to be a very popular model and fitness trainer Nikola Bonova was once agsin called on to model in this latest project for two up and coming artists.  Cannot say too much at this time but some images can be seen on my Facebook: 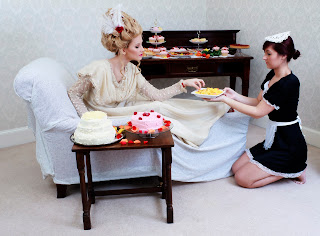 Shot in Alloa and then onwards to a local hotel who supplied some of the "buns/cakes"  The great thing was I got some to take away with me to enjoy later with a nice cup of tea.  Thanks girls, they were lovely.


A face for Radio

It would appear that I have found my niche - at last!  A face for radio as I did another interview this time with a Clan favourite - Kyle Bruce.  The interview will be appearing in print but the full voice interview will be available as a podcast in the new year.  In the new year?  Yes, it will all be revealed in your new online magazine to be launched real soon.   Covering, sports, modelling and lifestyle topics it should appeal to a wide range of readers.  Keep "listening" for more.  Excited with this new project, more name dropping soon!  Today Glasgow, tomorrow the "stars"!


You all take care out there.  Speak real soon.


Posted by Glasgow Photographer at 20:38 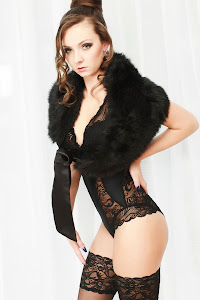